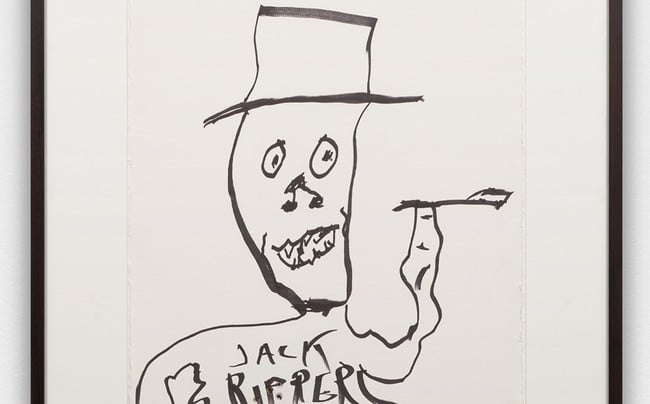 Notes on Echo, the braconnier and vernacular

Echo is not this short projected bird as we could recall to her picture stapled public walls. Her only able to answer with words of aforehead mentions are in fact about to settle basis for communication models in no-time era.
There are only continuous reverberations where we’d log-in to, and if an origin there was, it was quick vanished into myriads of fleeting mimics. Echo unwantedly is having to leave behind the impossible to be recalled in order to bounce back on what is left, moreso, even if were recalled, whatever it was, be immediately stripped down all it’s meaning, slayed by light speed alterations of our current structures. Then Echo takes Vivid Form and given it birth to plurality of lavish sub-symbols. Echo understands this and is the braconier by excellence, catching exeprts of the last incoming phrases and permanently recontextualising, reframing them into what then becomes new propositions.
The emerging of internet made a dirty coalition with the down-break of top-bottom garments language used to dress with, offering a chance for emancipated slangs and every self responsible crook can now hang it’s former Kings on the butcher hook. Then I long to see people urging like bats storming out their caves at night to wonder the unkowns of language typing, taking more risks eventually in their writing habits. A change in the operating system of how we codify text at the root level which would in return shift the manner we engage writing our own existences. I can picture people turn wide range braconniers over all metropols, standard solid grammatical set of laws in which were instilled default behavioural patterns, wherein our blunt potential of expressions crude increased exercise, would turn liquid in favour of rising complexities, ever shifting platforms of one-to-one dialects. … What irks me the most is seeing … ‘good students of language’ .. the deplorable first class jerks favourable, whether consciously or not, to the undiffered semantics in time-bind shape my mind outfits.

Need it to re-state?; that language, through affecting my cognitive agencies, is long term chromosome mapping and instant actor of shape my sensorial and perceptual organs, operating bias we-I derived unmediated experience of – the real.

I keep asking myself how my writing could be made less artificial.

The risk here underlying is of not being understood. Hypocrites are terrified lurking with demonic suspicion the onrush of novelties, rather keep reinjecting over used hindsights as a garant to unpaired wisdom to keep their safety beds untouched by the squirt of incoming dialects never seen before. Clarity was dominant structures wrapped into excuses given to the uncreative boredome entreprise.

All word should be poetry, or vernacular, that is, vernacular be poetry, spoke and written like it were sung. Strictly forbidden that is – as if too unpractical in terms of read–me agencies. Then I ask, should all work be bitten for the lazy coward reader, or should we expect least pro-active engagement from both sides in wanting to overstand the convolutions of one’s mind, pericopes of the inwardly invisible

– this being – if a language enforced coast to coast to the cost of wiping out all village dialects, couldn’t we in return cause discrepancies against thus – by

Refusal of, unaltering agency. Then I actively push most genuine function of mind; trans-form-ashn.

Articles on internet are new exclusive litterature forms as proposed alternatives. Who’re the today’s post-poets? By all means, of now were those (and only those) most inept illiterates who adverse the wholly-all now-then consensual form, as least i’d hope. Writers and so-said poets have too much to lose, fear their recognition be stained, still stiff butted puritans on the fringe of cliff forms they identified their ideal hives of touch me not with – only identification is yet another illusion. Other street jacks, less careful, less fearful, will easily go and step cross these edgy borders and hold lanterns for the coming expressways. Did life ever wait? In the cracks find the light.

Now then, form is biased script modulation consistant operating under (implicit control mechanisms) my translation of real, giving I the incapacity to weave alternative fictions when everyday interacting couldn’t buck insights from an outer than.. known

OVER Abundance of texts shed strong narrative for precipitated death of dominant litterature. Oh, the fucker.

Layering of meanings derived from texts consistently clash, one competing with the other, each one supposes it has right formula to design/decide what is most meaningful.

Answer 1; do not try to write well. What is well?

Originally stiff litterature once broke give birth to proliferating ruins of meaning, sprouting endless possible re-adaptations of word which is boundless territory, but whenever used once (word) could be considered good as dead. This is where Echo comes in, queen of language braconiers, reinventing meanings, the talkative gene, still had decency to strictly remain suggestive in her forms. No dogma pushing. Remember, she is short sightet and only weary of her immediate past, proposes options for the lot to carry immediate futures to this or that path.

We might have, an each word, sentence floating on wavelength of equal value. But this is not true, plus, if none knows nor can impose – of what has more value than – of a subtext in sports journal, a comic strip narration, a recording of telephone gossip talk, the critique and the novel it critiques – all can be regarded as same.

Same value is most unknown, it shifts in relation to our own

ways of conferring to object a meaning who then momentarily crystallised before broke again.

Then the I forwardly detached from an i – an origin was never – but merging towards all-encompassing, or worst case, none encompassing.

Emerging artefacts popping from all corners of simultaneous happening (time was the way for nature to prevent all happening at once) would be integrate in my i (witnessing) with same regard.

Language shows it’s cracks like a cocoon once-too-authoritative-figure-of-father bursts into pleading for apologies.

We become weary of – something which was never outside of the i but an extension of my body – fact – oh peculiar – language is alienate-me syndrome upon which regulations of every inadapted cell of my artificial memory, ominously, continuously discharging in manners to affirm positive-negative responses to reality based imprint where; my coined subjective centering agent panels navigate from left-right, low-high, forward-back binary systems that understand movement patterns.

This language is the actual ephemeral and elastic.

If I should assume there is not one form of language more efficient than another to transplant the speechlessness of nature, than maybe we should consider less accommodating ourselves, that is; our daily habits/programs, to the synaptic responses triggered by language imprint, but rather adapt patterns of the latter to our own way of doing things the way it less disturbing. Of course, it isn’t so binary since both language and organic mutually converse on an endless debate – one saying to the other « how I best assure your survival…look »

Then word is the genotype of an entire system of semantics which is DNA.

Standard language was model, now acquired, we play braconiers, the echo transmitters. Let’s consider this system has its own consciousness, working under specific and independant laws, yet operating on behalf of our organism to shapemodify space and time.

Only if; every appropriation of the basic tableau of semantics produces a slight variation of this desired direction

of language… vernaculars in echo transmission